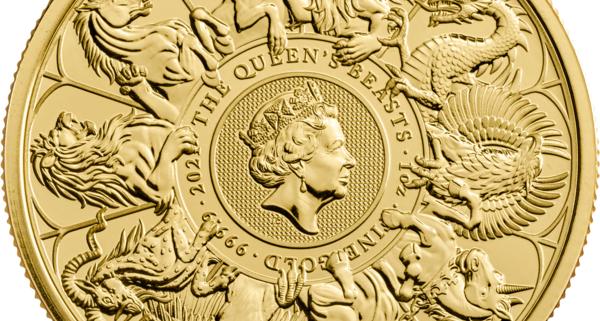 The Queen’s Beast are ten legendary creatures who symbolize the historic ancestry of Her Majesty The Queen. As a set of ten statues, each bearing the shield or crest of the family they represented, they stood guard outside Westminster Abbey in 1953 as the world watched Her Majesty’s coronation. As the Queen’s Beast Collection, their mythical stories have been re-imagined for the twenty-first century in a series of ten popular coin designs by the celebrated designer Jody Clark.

Now, the collection draws to a close with The Queen’s Beasts 2021 bullion coin. The Final Design in the collection features all ten beasts arrange in a protective circle around The Queen. It is the only coin in the series to unite all ten beasts with the monarch whose heritage they represent in one unique design.

This concluding Queen’s Beast coin will also be available as a two-ounce fine silver edition and a strictly limited-edition fine silver kilo, which has a diameter of 100mm. 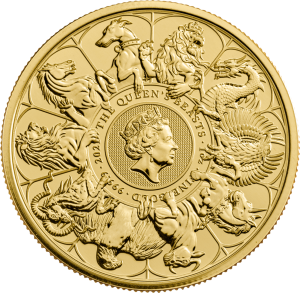 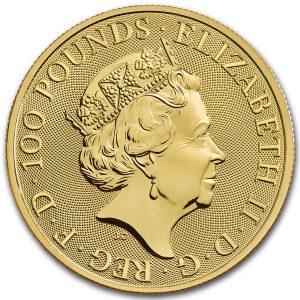 At California Gold and Exchange, we have many other gold coins and bars in stock ready for purchase.  At this time, we also have a limited stock of the final Queen’s Beast coin, the White Greyhound. Furthermore, on more information on products we sell visit our What We Sell page. In addition, we can be reach at (909) 985-4653 during regular business hours.  Don’t hesitate to contact us for more information on current availability and pricing.